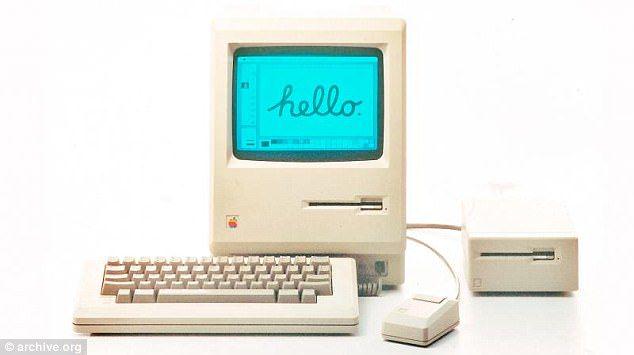 For those who remember their vintage Mac Classic or Commodore 64, they also remember how they were heavily constrained to the likes of 256 kilobytes of RAM. Even in these conditions, programmers still had the ability to engineer the same sorts of software we use today.

In this era from the 1970s to the 1980s, we saw several major innovations- the first computers, UNIX, the first graphical desktops, word processing software, printing, and internetworking of devices via ARPANET (which would later become the internet).

So why is there a lack of major innovation at such a rigorous speed anymore?

This may be a hard pill to swallow for some, but the increased availability that high-end hardware provides lowered the barrier of entry into computer programming, thus decreasing the quality of code. Due to this, overall competency in the average software developer declines. Naturally, this affects the importance of a “new” innovation- what's the point of rewriting code if the rewrite is bound to have worse quality?

On top of this, large companies, universities and defense contractors no longer fund major innovators. Let's use a modern-day example: The OpenBSD Foundation. They're one of the many organizations dedicated to furthering the UNIX source code, with an extreme focus on producing a system that has secure and sane defaults. Ironically, they were the inventors of OpenSSH and sudo (currently used in almost every Enterprise network running Linux or UNIX). So why aren't they recognized? It all boils down to a saying I learned from my grandfather: “Nobody likes change- even if it helps them.”

Wait- don't these mean the same thing? Actually, no.

This is how American Heritage Dictionary defines these two words: Simple- Having few parts or features; not complicated or elaborate. Convenient- Suited or favorable to one's comfort, purpose, or needs.

For ages, programmers pursued simplicity as a way to provide stable, high-quality code that would run on virtually anything- even a toaster if one were so inclined. This old school of thought still exists, but is largely frowned upon with modern day programming paradigms.

For example, rapid prototyping has brought programming languages like Python to the forefront due to the convenience they provide and the ease of implementation in them. However, it's nearly impossible to produce efficient programs that guarantee stability across a wide variety of different platforms, as Python isn't yet implemented on as many platforms as languages such as C.

The truly sad thing about this is how it all ties right back to my first point on how it reduces competence among programmers.

The Attack Of The Public Domain

How is one supposed to train up a new generation of programmers for the enterprise world if there's no quality code to work on? It's a paradox, as large enterprise companies like Microsoft, Apple, and more make use of Open Source and Public Domain source code but rarely contribute anything that could help further the development of Open Source. In recent news, Microsoft introduced “DirectX 12 for Linux”, but in reality they only made a way to access the Application Programming Interface (API) available to Linux users. No source code was disclosed and it was explicitly added solely for their Windows Subsystem for Linux. According to U.S. v. Microsoft (2001), the Department of Justice found an alarming statement for Microsoft's internal marketing strategy known as “EEE”– Embrace, Extend, Extinguish. Embrace the idea as if they support it, Extend support for the idea, then Extinguish it by rendering it obsolete. Google and Apple have been known to engage in similar practices.

Herein lies the paradox- there's a lack of new enterprise source code to look at without paying a significant amount of money for. Due to this, there's a lack of large-scale scientific research being conducted in computing that's available to the public.

It's all our fault here... If you're from the 1990s, you may remember “Windows Buyback Day”, when Linux users protested outside Microsoft's headquarters about being forced to pay for a Windows license they don't even use.

20 years later, such noble ideas haven't been forgotten- they've been ignored and thrown on the proverbial backburner by the rest of society.

Moore's Law is slowly becoming rendered obsolete. For those who are unaware of what this entails, Gordon Moore created this “rule of thumb” in 1965 that computing devices would double in capability, exponentially, every year. This turned out to be true until recently where manufacturers are reaching the physical limits of what they can fit on a circuit board.

This means that we're limited in terms of performance and in order to continue to maintain Moore's Law, we will be forced to go back to the days of old, writing high-quality software while retaining a large degree of performance.